Navigate the neighborhood of Stampton and use your stamps clear the pigeons from each city block while avoiding the many steam vents in the area!

Choose one item after beating each level:

Your feedback form doesn't allow people without permission to view, so Ima write my thoughts here!

I love the simple pallet design and RNG (probably) parts of the world design!

I also like how there are powerups like the blue speed that spawn at the end of some levels, though I'm not sure if they're permanent - which I believe they should be.

- A menu and loop of the game instead of exiting the game on death.

- BGM and SFX for obvious reasons.

- Perhaps a screen shake when you shoot OR when you land a bullet to add some polish.

- Multiple enemies (not sure if there were further down the line), but obviously a slow, tanky, damaging one, as well as a fast, squishy, weak one for basics - for some spice.

- As well as maybe more powerups (Again, didn't get to far but perhaps maybe the heals can also add a buff like more ammo or damage up).

Also! Add a thumbnail bro! And some screen shots! And some spice to make this page stand out! 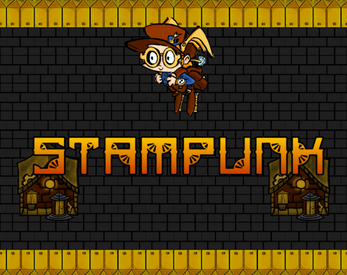